#PETALUMA PROUD of the 2019 Firefighters of the Year

Firefighter Kevin Burris, Captain Matt Martin, and Battalion Chief Chad Costa were recently selected as the City of Petaluma's Department’s Firefighters of the year for 2019.

Firefighter of the Year is an honor typically given to one individual, based on nominations from their peers and supervisors. In making their selection, the Fire Department leadership looks for significant heroic, life-saving actions and/or service to the community.

This year’s decision to honor three staff reflects the extraordinary circumstances during the Kincade Fire in October 2019, when Petaluma's Fire Department was part of a massive inter-agency effort that made a heroic stand to protect Windsor and Healdsburg.

Firefighter Kevin Burris was on the first Petaluma engine to respond to the Kincade fire, deploying to Healdsburg just 16 minutes after it ignited. Captain Matt Martin deployed to the front lines on the second day.

Both men worked tirelessly throughout the event, not only to contain the fire but also to coordinate their teams’ response and keep their colleagues safe on the front lines.

Battalion Chief Chad Costa was requested through our mutual aid agreements to be a division leader on the fire.  He oversaw fire operations from Windsor to Calistoga and over the course of the fire had responsibility for directing the work of 200 fire engines.

We are indeed #PetalumaProud of all three men, who showed exceptional courage and leadership in dealing with this incident. Thank you for your service! 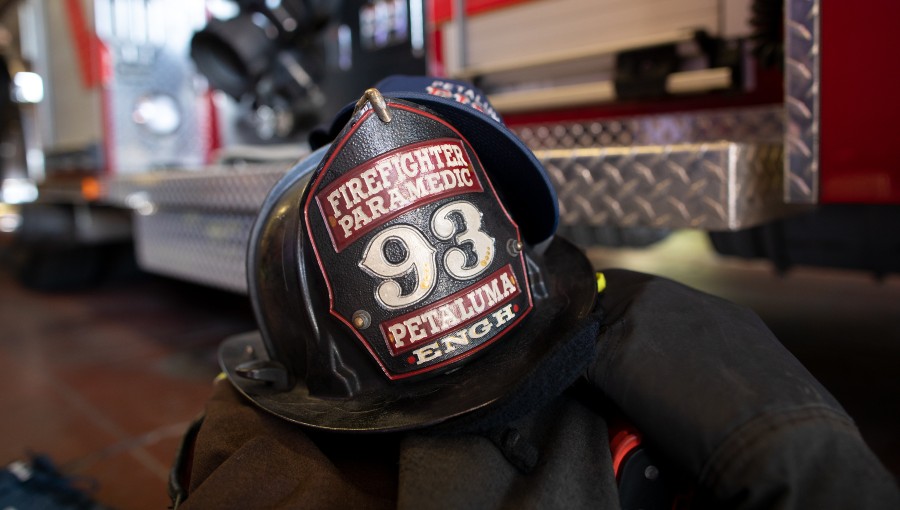