We acknowledge that our department does have a military surplus armored rescue vehicle, but we want to provide the community with some background about why we have that tool and what are it’s purposes.   Our armored recue vehicle (ARV) is a specific tool designed by to protect law enforcement from armed and dangerous suspects.  The ARV is used by our tactical team and at times by patrol in situations where a there has been or may be a violent confrontation or a shooting, hostage situations resulting in trapped or injured victims/officers, or where the suspect(s) is armed and dangerous.  In these situations, it is not safe for our officer(s) to attempt rescues or evacuations with standard patrol car as the ballistic protection of the patrol car is not sufficient to keep the officer safe from gunfire.

Many law enforcement agencies currently us these armored rescue vehicle tools assigning them to their special weapons and tactics teams for special situations to be able to provide a level of armor protection and support for emergency rescue operations and/or evacuations.

Historically, the first armored rescue vehicle in Petaluma was a surplus Brinks armored vehicle.  It became inoperative and the ballistic capabilities did not protect officers from the current ammunitions available on the market.

We proposed to the City to purchase an armored rescue vehicle from a manufacturer in the United States, who produces the industry standard vehicle for urban law enforcement and looks more like an armored SUV.  The cost for that vehicle was $350,000 and Petaluma did not have the funds available for the purchase.  At the same time, El Monte Police Department, in Southern California, had acquired an armored rescue vehicle from military surplus through the CA OES for the same reasons we were seeking one.  They had recently funded the purchase for the same law enforcement armored vehicle we wanted to acquire for our tactical team.  They made their military surplus vehicle available and although I recommended against it for the same reason we are talking about it, the decision was made to accept their $750,000 vehicle to meet the existing need.  This vehicle came to us at no cost.

We would welcome replacement with a non-military surplus vehicle, but it will come with significant investment.  I had been extremely sensitive about its use. We don't take it out to engage in parades, or any other, you know, social rioting or disturbing of the peace. It is a specific tool for a specific mission. We have used it approximately four times outside of training.  Three of those were high risk search warrants or the suspects that we were attempting to arrest were armed and dangerous. The first was for a search warrant we served at a residence here in town where the suspect was believed to be armed and in possession of numerous weapons.  We decided to use the armored rescue vehicle and learned that suspect had a handgun on his nightstand and rifle next to the window that overlooked where officers approached the home.  So, while the suspect he didn't choose to arm themself or assault our officers we want to put our officers in safest position possible to protect themselves and the community.

The most recent event that I can share with you where this tool was used was a situation we responded to on Western Avenue, at a business.  There was a subject that was presenting to be armed and dangerous.  We used our armored rescue vehicle as a shield putting it between the business and an elementary school that was directly across the street. While, it was not needed for a rescue and it wasn't needed to evacuate anyone; it was there in case we had to while providing a level of armor protection for the children inside that school.

It is in in these situations when our armored vehicle is used.

I want you to know that as your Chief of Police I would absolutely welcome replacing that vehicle.  I acknowledge that it was designed for a different place and a different purpose.  But it does have the level of armor protection that we need. It meets the need that our team and our department need for those calls for help in the most dangerous of situations. We hope we don't ever need it, but that is why we have it. 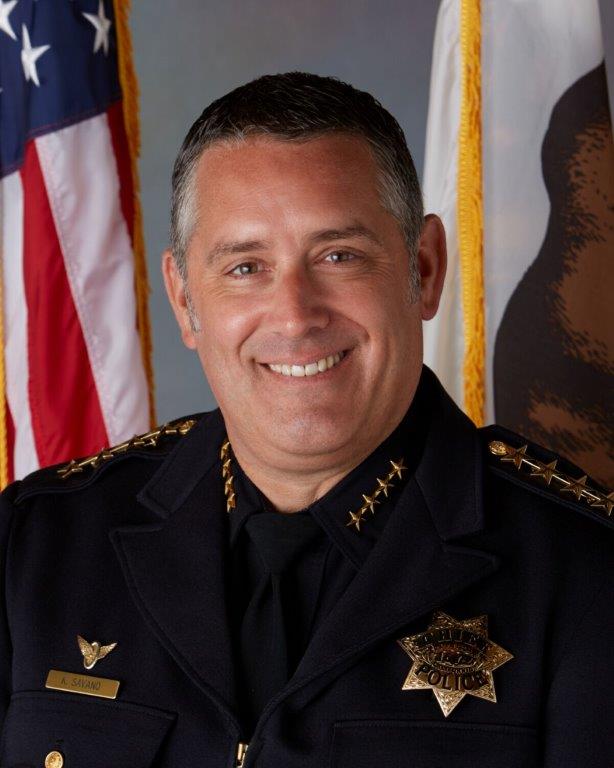 I would absolutely welcome replacing that vehicle.  I acknowledge that it was designed for a different place and a different purpose.  But it does have the level of armor protection that we need.