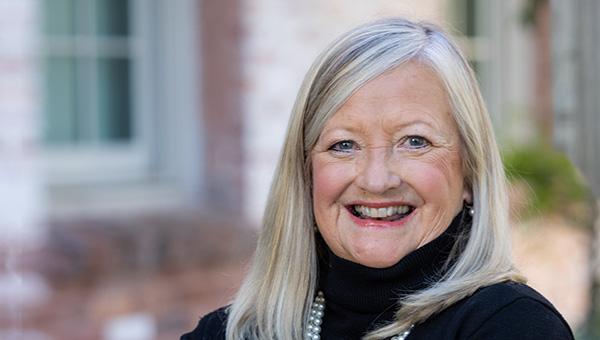 Karen Nau has a deep-rooted history in our community as a 50+ year Petaluma resident. Karen’s parents, Ray and Ettamarie Peterson, still own the westside family farm where she grew up; and for the past 37 years, Karen has lived in the same eastside Petaluma home where she and her late husband raised their three (now adult) children: Sebastian, Alison and Marshall. Karen’s life as a working mother and now, grandmother, give her unique insight into the challenges facing eastside Petaluma families–experiences she hopes she can use to give all residents and families a stronger voice at City Hall.

Beyond her longstanding connections to the land, Karen has been actively involved in affecting positive change in our community for the past several decades. Her inspiration to serve began in the 1970’s when Karen was a young girl; she served as the Youth Representative on the City Council’s Bicentennial Committee at the time, watching with admiration as then-Mayor Helen Putnam led Petaluma as its first female Mayor – reminding Karen she can pursue anything she sets her mind to through dedication, hard work, enthusiasm, and a commitment to make a positive difference.

Over the years, Karen Nau has served Petaluma in numerous capacities both as a volunteer and public servant, as well as a 30+ year teacher. Karen’s nonprofit volunteer service led to her being recognized as a recipient of Petaluma’s “Good Egg” Award for her positive contributions to our community. She also served a single at-large term on the City Council from 2004-2008 before being re-elected to the City Council as its 3rd District representative in 2022.

As a teacher, mother, grandmother of six, and active community member, Karen is eager to serve and represent the interests of all Petalumans as our City Councilmember in the years ahead.