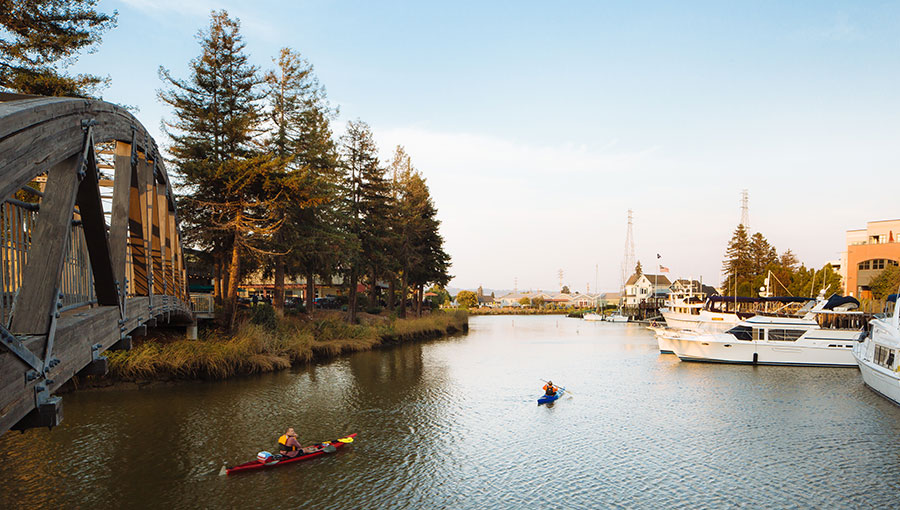 Read below for the official release:

San Rafael, CA – Today, Representative Jared Huffman (D-San Rafael) announced that over $11 million in long-awaited federal funding has been allocated for river maintenance in the Fiscal Year 2020 Army Corps of Engineers work plan for the North Bay. Roughly $9.7 million will go to dredging the Petaluma River and $1.3 million will be allocated towards preparation work for the San Rafael Canal. Huffman, a member of the House Transportation and Infrastructure Committee, has helped lead the congressional effort to secure this funding.

“Local economies depend on ‘forgotten harbors’, like the Petaluma River and San Rafael Canal,” said Rep. Huffman. “I am thrilled that we will finally be able to address the recreational, commercial, and public safety problems that come from delayed dredging. The safety and viability of commercial and recreational traffic is the highest priority, and I thank the Army Corps for taking action on this urgent infrastructure need.”

Addressing the dredging backlog has been a priority for Rep. Huffman since his first term in Congress. At a Transportation and Infrastructure Committee hearing earlier this year, Rep. Huffman pressed Assistant Secretary James and Lieutenant General Semonite of the Army Corps about this significant regional dredging backlog. The federal appropriations bills for 2020 directed the Army Corps to prioritize both dredging projects.

As a part of these ongoing efforts, Rep. Huffman took Lieutenant Colonel John Cunningham, the Corps’ Commander and District Engineer, on a tour of the Petaluma River and San Rafael Canal last fall. The Petaluma River has not been dredged since 2003.

“To say I am over the moon with this news is an understatement. It comes at such a critical time for our river which has suffered so much from neglect that has driven away river-dependent businesses, interrupted civic centered celebrations, halted recreational boating tourism and caused economic and environmental blight at the very heart of our town,” said Petaluma Mayor Teresa Barrett. “Soon we will be able to smile as we face our river whether it is from the reinvigorated downtown and the soon to be constructed Adobe Road Winery, or from the newly constructed Float House on the turning basin or the proposed river adjacent apartments. This dredging project lets us protect our downtown from flooding, provide for revitalization along our river and turning basin and extend the feel of the place once again in our dynamic River Town.”

“As stewards of San Rafael, we have an obligation to take care of the rivers and canals that our city depends on. This news is a resounding triumph in a long-fought battle,” said San Rafael Mayor Gary Phillips. “Keeping the San Rafael Canal adequately maintained will have far-reaching benefits for both our commercial and recreation industries and in keeping our communities safe from flooding. Thank you to Rep. Huffman for his years of work and advocacy to make river maintenance a priority. We will now finally be able to give them the attention they desperately need.”

“San Rafael is thrilled by the allocation of the $1,378,000 that will be used for environmental coordination and compliance. The canal is a vital artery of San Rafael allowing for flood control, public safety, transportation, and commerce. With the last full dredging taking place in 2003, we have been growing fearful that our waterway would soon silt in past the point of no return. We are thankful for the continued efforts and are eager to have a navigable canal in the near future,” said Nadine Urciuoli, President of The San Rafael Channel Association.

Congressman Jared Huffman represents California’s 2nd Congressional District, which spans the North Coast of the state from the Golden Gate Bridge to the Oregon border, and includes Marin, Sonoma, Mendocino, Humboldt, Trinity, and Del Norte counties. He currently serves on the Committee on Natural Resources, the Committee on Transportation and Infrastructure, and the Select Committee on the Climate Crisis. In the 116th Congress, he chairs the Natural Resources Subcommittee on Water, Oceans, and Wildlife. He is the founder of the Congressional Freethought Caucus.