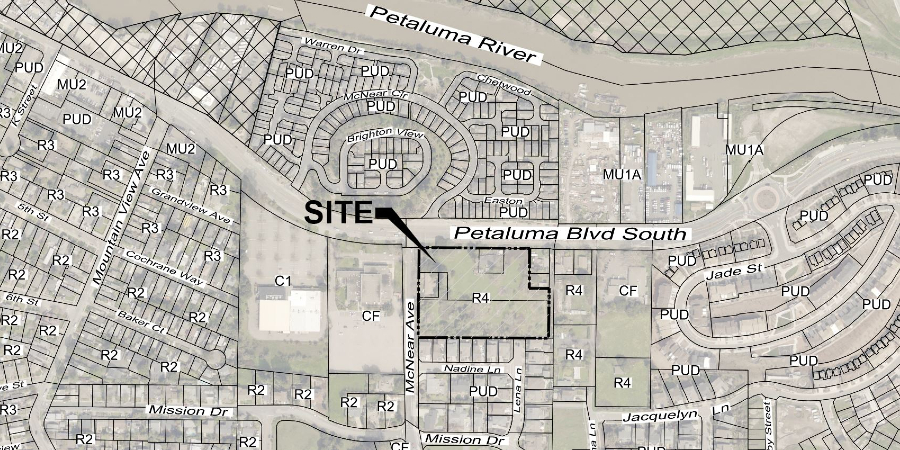 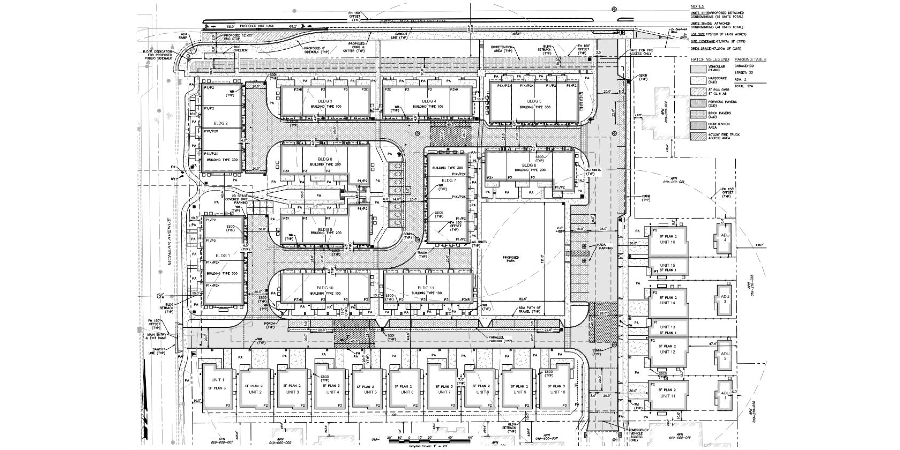 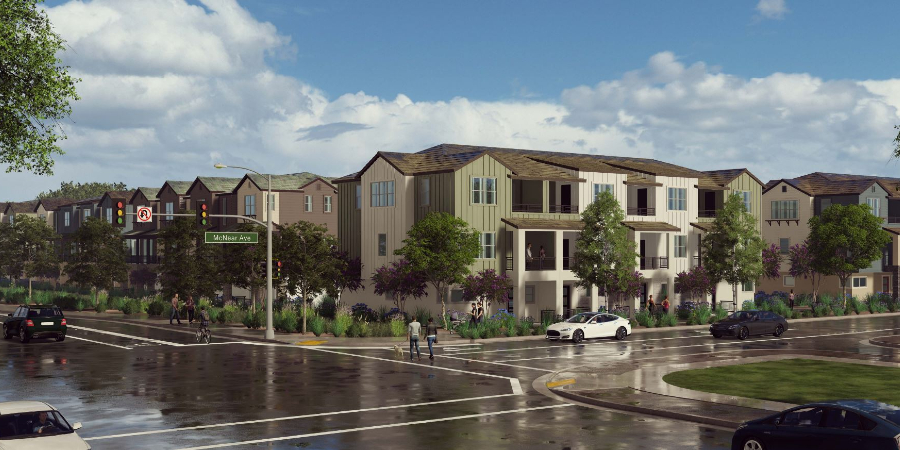 The City of Petaluma has received an application for Vartnaw Landing, a project that would involve the construction of 80 dwelling units within approximately 100,000 square feet of residential floor area, on a 4.09-acre site. All existing structures would be demolished (including three single-family dwellings and 4 accessory buildings/structures), the site would be graded, most of the onsite trees removed, and new curb/gutter/sidewalk and other street improvements would be installed within the public right-of-way along McNear Avenue and Petaluma Boulevard, South. A total of 176 automobile parking spaces would be created (140 within garages and 36 uncovered), and vehicular, emergency, and pedestrian access would be provided from McNear Avenue and Petaluma Boulevard, South via a new private street system. Additional emergency-only access would be provided to Lena Lane. All five parcels that comprise the project site would be merged, and the property would be re-subdivided via a one-lot parcel map that would establish the proposed condominium ownership structure for each unit in the project.