The City of Petaluma conducts general municipal elections on the first Tuesday after the first Monday in November of even-numbered years. The right to vote is a fundamental freedom guaranteed by the Constitution of the United States. It allows us the right to choose the people who represent us and make the laws that we all live under.

We encourage you to REGISTER TO VOTE and, if you're interested, to run for public office.

The next regular election is the November 8, 2022 General Municipal Election.

Important dates related to the upcoming election are listed here: CALENDAR OF EVENTS

The City Clerk serves as the City’s Election Official who, with support from the Sonoma County Registrar of Voters, administers Federal, State and Local procedures through which local government representatives are elected. The City Clerk assists candidates in meeting their legal responsibilities before, during and after an election. From election pre-planning to certification of election results and filing of final campaign disclosure documents, the City Clerk manages the elections process which forms the foundation of our democratic system of government. For election related questions, please reach out to the City Clerk at [email protected].

The upcoming November 8, 2022 General Municipal Election will be the first district-based election for the City of Petaluma. The City has been mapped into six districts of nearly equal population. Voters in each district will vote for one eligible candidate to represent them on the City Council. Districts 1, 2, and 3 will be the first three districts to elect district representatives in 2022. Districts 4, 5, and 6 will then elect district representatives in 2024. The Mayoral seat will continue as an at-large seat, and will be elected in 2022.

Use the City's district lookup tool to find your voting district and additional information and resources:

To learn more about the City of Petaluma's transition to district elections in 2022, please click here.

Sonoma County is now officially a "Voter's Choice Act" County. Sonoma County previously conducted most elections using a traditional polling place model. The New Voter's Choice Act election model gives voters more flexibility in choosing how, when, and where to cast their ballots.  As part of this model, the County will mail a ballot to all registered voters for each election in which they are eligible to participate, and the County will now offer a combination of official drop boxes and vote centers instead of polling places. Vote Centers differ from polling places in that they are open multiple days (not just on Election Day) and voters are not assigned to a single location; instead, they can go to any voter center in the County and receive the correct ballot.

ELECTION RESULTS
(Posted starting at 8:00 PM on Election night and updated periodically. Not official until declared so.)

Candidates must file a FPPC Form 501 before soliciting or receiving contributions. This form is to be filed hard-copy at the City Clerk's Office. This form is considered filed the date it is postmarked or hand delivered. The City Clerk's Office has limited counter hours, from 10am - 2pm on Tuesdays and Thursdays. The form can be mailed outside of those hours and will be considered filed as of the date it is postmarked.

Additional campaign finance disclosures are due throughout the election period. All disclosures are to be filed electronically through the City's approved electronic filing system: NetFile. Information regarding when and where to file the various statements is available here: www.fppc.ca.gov/learn/campaign-rules.html.

All campaign finance disclosures are available to the public here: CAMPAIGN FINANCE DISCLOSURES

The nomination period for the November 8, 2022 General Municipal Election is now closed. The final list of candidates is below.

Political and campaign signs do not require a permit. Signs on behalf of candidates or measures shall be erected not earlier than 90 days prior to the election (Wednesday, August 10, 2022) and shall be removed within 15 days after such election (Wednesday, November 23, 2022). Additional restrictions, including size and permitted locations, are listed in Section 20.100 of the City's Implementing Zoning Ordinance, available here: Zoning Ordinance Section 20.100.

Candidates may voluntarily take the Code of Fair Campaign Practices Pledge (Division 20, Chapter 5, Elections Code). The table above indicates which candidates subscribed to the following:

There are basic principles of decency, honesty, and fair play which every candidate for public office in the State of California has a moral obligation to observe and uphold in order that, after vigorously contested but fairly conducted campaigns, our citizens may exercise their constitutional right to a free and untrammeled choice and the will of the people may be fully and clearly expressed on the issues.

I, the undersigned, candidate for election to public office in the State of California or treasurer or chairperson of a committee
making any independent expenditures, hereby voluntarily endorse, subscribe to, and solemnly pledge myself to conduct my campaign in
accordance with the above principles and practices.

For information about voter registration, polling places, mail-in ballots and other election-related details, please check out the following websites: 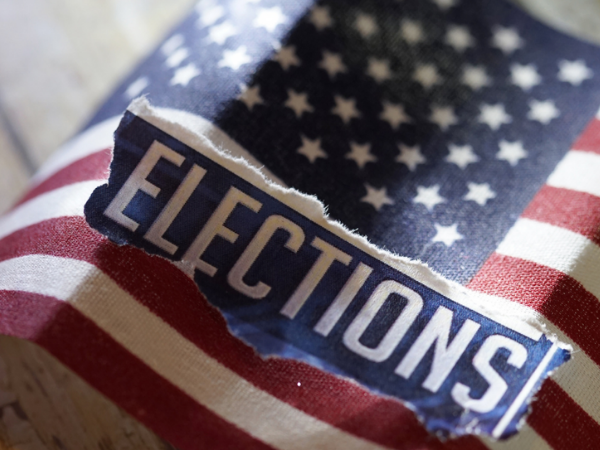 Virtually 8:00am-5:00pm Mon-Thurs
In-Person 10:00am-2:00pm Tues/Thurs
Closed on Fridays
Also available by appointment
*Nomination papers may be pulled and filed by appointment only