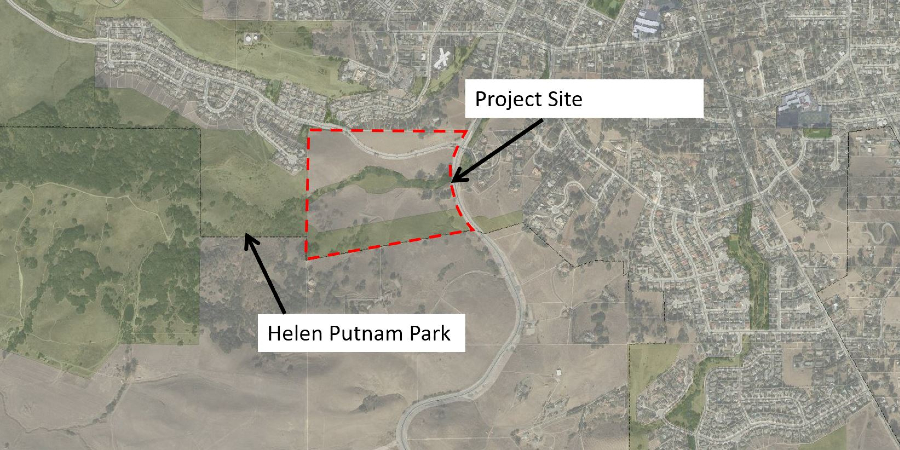 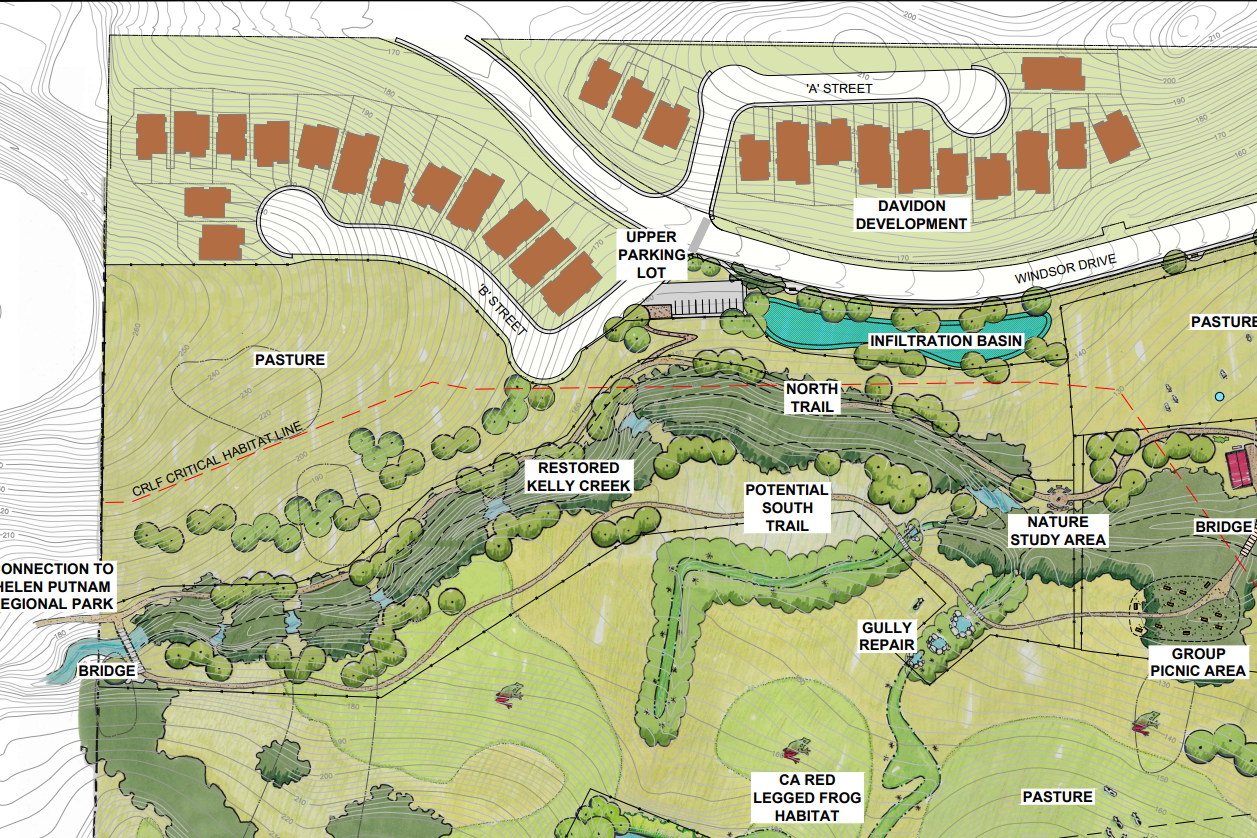 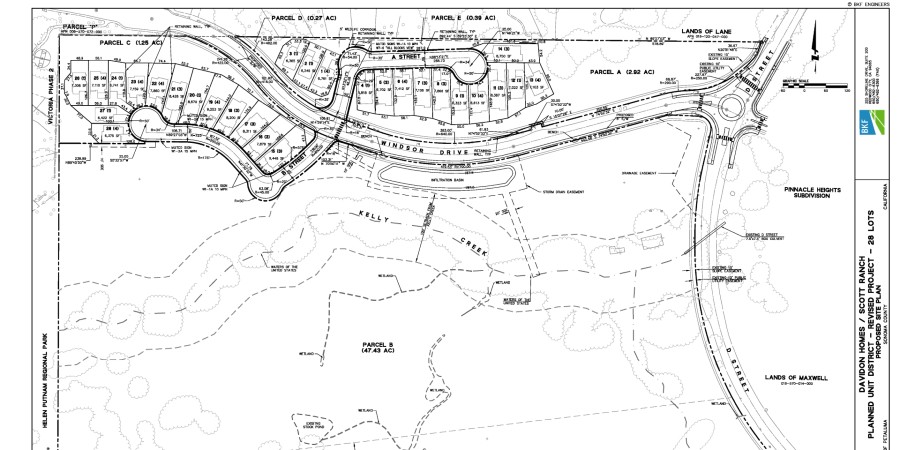 A residential development application for the 58.66-acre Scott Ranch property was initially submitted in 2004 by Davidon Homes. In 2013, a Draft Environmental Impact Report (DEIR) for a 93-lot subdivision was published and in 2017 a revised DEIR (RDEIR) for a 66-lot subdivision was published. There  was extensive public opposition to both the 93-lot and 66-lot proposals and decision makers directed that a reduced project alternative be pursued.

In June 2018, the Kelly Creek Protection Project (KCPP) of Earth Island Institute announced that it had entered into an agreement with Davidon Homes to develop approximately 44 acres of the project site as an extension to the Helen Putnam Regional Park and put forth the Putnam Park Extension Project. Davidon Homes modified the residential project and proposed a smaller development of 28 single-lot homes on approximately 15 acres of the project site. Together the Davidon (28-Lot) Residential Project component and the Putnam Park Extension Project constitute the Scott Ranch Project. The RDEIR, analyzing the modified project, was published on December 31, 2020. In February and March of 2021, the Planning Commission and City Council considered the RDEIR and directed preparation of a Final EIR (FEIR). In response to comments received on the RDEIR, the proposed project has been further refined to reduce the footprint of the residential component and maximize preservation of open space. The FEIR is available for review and includes the revised Project Description, master response to comments, itemized response to comments, and revisions to the RDEIR.

The Scott Ranch project, as currently proposed, includes a 28-lot single-family residential subdivision and approximately 47 acres of open space/parkland, including multi-use trails north and south of Kelly creek connecting the existing barn complex on the east of the site to the existing Helen Putnam Regional Park to the west. Also, part of the project, is an approximately 800-foot offsite sidewalk gap closure on the east side of D Street between Windsor Drive and Sunnyslope Avenue. Additionally, the RDEIR evaluates a related project consisting of a 0.5-mile trail segment providing connectivity from the western limit of the Scott Ranch property to the existing trail system with Helen Putman Regional Park.

The residential project component would be developed with 28 single-family residences, streets, and common open space. The single-family residences would be developed along two new proposed streets- one new street would branch north of Windsor Drive and a second new street would branch south of Windsor Drive. The homes would be arranged in clusters off each of the two proposed streets. Other infrastructure improvements (i.e., roundabout at Windsor Dr. and D Street, sidewalks, Class I pathways, sewer, water, and storm drainage facilities, including detention basins) needed to serve the proposed project would also be constructed.

The Putnam Park Extension Project component would extend the existing Helen Putnam Regional Park eastward to D Street, encompassing approximately 47-acres of the Scott Ranch project site. The existing barn center would be renovated and pathways between the structures, bike parking, information kiosks, vegetable gardens, demonstration and working corrals, and an amphitheater for outdoor learning activities would be developed. Improvements include a multi-use trail loop of approximately 0.7 mile that would run along the north side and south side of Kelly Creek and connect to the adjacent Helen Putnam Regional Park.

The project Applicants have requested the following approvals: (1) a General Plan Amendment to modify and clarify General Plan Policy 2-P-68, (2) Amendment of General Plan Figure 5-2, (3) a rezoning from Residential 1 (R1) to a Planned Unit District (PUD), (4) adoption of Planned Unit Development Plan and Guidelines; and (5) a Vesting Tentative Map to subdivide the project parcels into residential, open space, public access, and parking lots. In addition, Site Plan and Architectural Review (SPAR) will be required for development of the single-family homes, associated landscaping, and lighting in the residential component and for public improvements proposed as part of the Putnam Park Extension Project component.